COVID-19: We are currently open as usual, please read our company statement for more information.

2021 marks 100 years of trading for AARC. The now fourth generation family business, started by William ‘Billy’ Bunn in 1921, is thriving and is the oldest accident repair centre in the UK.

In its infancy, AARC repaired tractors and farm machinery operating from a wooden shed where Billy originally started the business. As motorcars became more commonplace, the repair facility diversified into vehicle repairs and selling petrol from cans to the only 3 car owners in Aldridge at the time. As the need for petrol increased, Billy manned the petrol pumps 7 days a week, even eating his Sunday dinner there so that he could keep the petrol pumps open. Billy and his wife, Elsie had one child, Audrey who was the apple of Billy’s eye and the reason for his drive and determination to succeed. When Audrey met her future husband Alan Collins (aka Cogger), a sailor in the royal navy, she knew that he’d have a hard time impressing her Dad but in 1953 Billy agreed to their marriage as long as Alan worked hard to provide for and look after her. 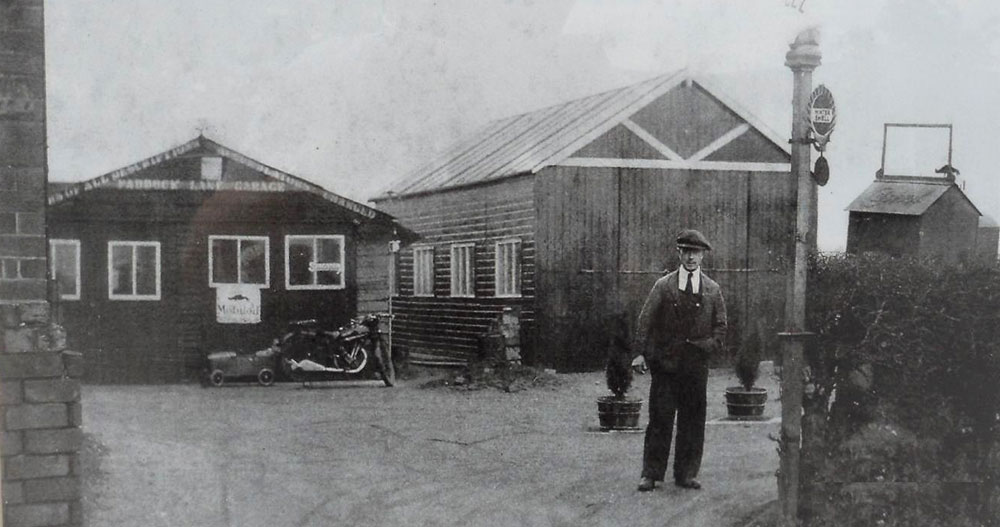 In 1955, with a strong work ethic and sheer determination, Alan started his own business Superite Tools, it was through Superite’s success that Alan gained Billy’s respect, so much so that when Billy retired in 1970 he decided to hand over control of Aldridge Garage to Alan which at the time held an Austin Morris franchise and was an agent to sell General Accident Insurance alongside being a petrol station, MOT and general repair garage. Aldridge Garage had become a ‘one stop shop’ for all motoring needs and thanks to their entrepreneurial flare saw the business continue to prosper and grow. Audrey and Alan had two sons, Michael and Martin, who later took over the business and renamed it Aldridge Accident Repair Centre. Michael retired in 2014 and now Martin is the sole director and shareholder of the businesses.

At 15, Martin started a city and guilds apprenticeship at a local Austin Rover dealership and later moved into the family business to continue his training. At 19 he moved into management and took over the day to day running of AARC as his brother moved his focus to Superite. Martin said ‘I owe so much to my Grandad and Dad as it was their shrewd business acumen coupled with their sheer determination, vision and resilience that gave the businesses the firm foundations upon which it stands upon today’. Martin is continuing to build upon this alongside the core family values which he believes has helped to get them to their hundredth year. He says “It’s an all-consuming labour of love.”

Will & Jess look forward to work with the AARC team and are intent to uphold the family values of the family business going forward as the fourth generation. At 16 Will left school and followed in his Dad’s footsteps and joined AARC as a workshop apprentice and began his training in accident repai. He is now in the process of obtaining his VDA qualification alongside studying for his degree in business studies and leadership at Coventry University. Will said “I love working for the family business and always knew I wanted to be a part of it”.

Jess also began working at AARC after leaving school, she tells us “Starting in claims handling was very beneficial from the perspective of communicating with every department and learning all aspects of the repair process”. She is currently working on reducing AARC’s carbon footprint and developing sustainable green credentials whilst studying the final year of her biomedicine degree.

When asked about how the COVID19 pandemic has affected the business Martin said, “Being an essential industry, we have managed to keep open all the way through, but it hasn’t been easy. I am very fortunate to have an incredibly talented and committed team”. Some of the changes that were implemented during the pandemic included accepting mobile phone data and images to produce remote Audatex estimates. This enabled us to reduce social contact with customers, has improved efficiency and allowed us to reduce overheads as now time is required to be spent travelling to customers. This it is something that will continue post-pandemic.

Martin stated “We are very lucky to have such loyal and committed staff, it’s times like this where you realise what a great team we are how we have grown together; everyone wants to do their best and work towards a common goal. I am very proud and humbled to be able to continue with the businesses that my Grandad and Dad founded. We have become a lot more cost conscious together as a team and I am very grateful for the effort, support, hard work and commitment which has been demonstrated by everyone. As a family we are lucky to have such a dedicated team and it is heartening to see their career progression. Our General Manager, Lyndon has been with us for 19 years and has been instrumental in the growth and success of AARC. Ben and Michelle have both been with AARC for 21 years and play key roles within the team.” Martin’s belief is that “People don’t work for us, they work with us”. 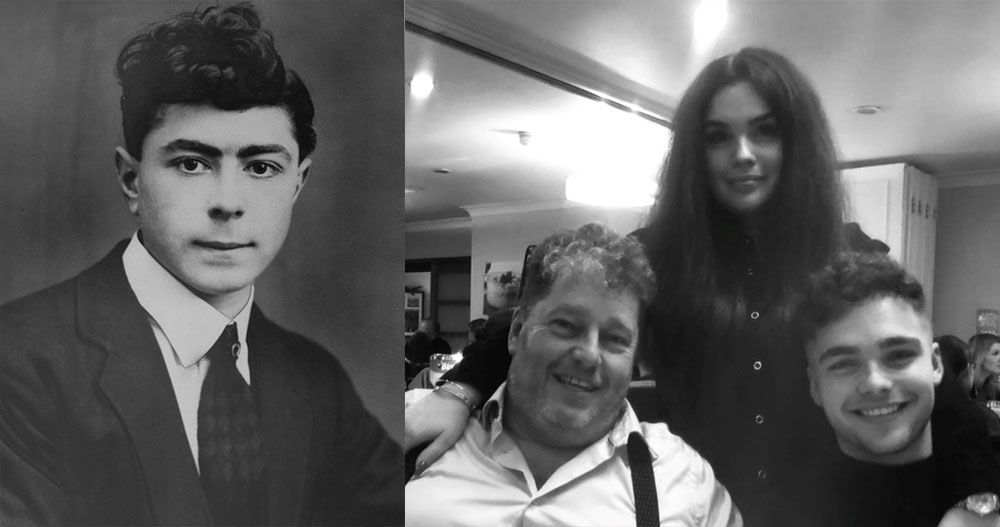 Customer care is of paramount importance to AARC and Jess has introduced NPS monitoring so that customers can be assured that quality control and service are monitored and reviewed at all times. “Customers are issue with a questionnaire on the completion of their repair which is then scanned onto the AutoFlow management system so that insurer and accident management partners can monitor the customer experience. This transparency means service levels are kept at the forefront and any customer concerns can be addressed immediately. It gives confidence to new and existing customers knowing that they are dealing with a fourth generation family business who can be trusted to deliver a great customer experience” said Jess.

AARC has continued to build its business around the community and local businesses just as Billy Bunn did 100 years ago and continues with his philosophy. AARC raised funds to help homeless charity @sleeppoduk, to build sleep pods to help protect the homeless and rough sleepers in extreme and severe weather conditions. Another charity that AARC has supported is @Freeatlast1999 which is based in Nechells, Birmingham and was founded by John Street to help neglected inner-city communities realise and reach their full potential.

When asked about retirement Martin told us that he has no plans to retire anytime soon and hopes to follow in Billy’s footsteps whose career spanned 49 years and saw him retire at the age of 70. Martin’s goal is to exceed this but with 39 years at AARC already under his belt, I’m sure it is a goal he will achieve!

At the moment it is very much business as usual exiting the pandemic into their one hundredth year. Martin said that throughout his 39 years at AARC, this has been the toughest time which he has ever experienced in business, but thanks to his loyal and determined team he feels that there is a bright future ahead. I am confident that us as a family and the team will strive to move the businesses forward while remaining true to our core values which have been passed down through 4 generations and can been seen in our mission statement.

Martin concluded by saying that “I am honoured and humbled to lead such a fantastic team” and he believes that leadership is about empowerment, vision and responsibility. He said he still has the desire and vision to keep learning and growing but that he wouldn’t be where he is today without his family’s hard work and commitment and a great team – “I would like to personally thank my team for their loyalty, support and dedication”.

We are BS 10125 accredited and hold numerous manufacturer approvals. We carry out vehicle repairs on all makes and models of cars and light commercial vehicles